Anna Carr is working as a soprano and accompanist/vocal coach in the Boston area both privately, as well as at Boston University and with the Handel and Haydn Society. She completed her DMA in Vocal Performance and Literature at the University of Illinois in Urbana-Champaign in 2015, where she studied voice with Jerold Siena and coached with Dr. Julie Gunn. After completing her BA in Music at Principia College, she received her MM in Collaborative Piano from Boston University in 2002.

Before moving to Champaign, Anna performed, competed, and taught voice in the St Louis and Boston areas; in 2006, she won first place in the Southern Illinois Young Artist Organization and also won an opportunity to perform a recital at the Sheldon Hall in St Louis through the Artist Presentation Society. In 2011, she was a Bella Voce award recipient from the Bel Canto Foundation.

She has had solo opportunities in Seiji Ozawa Hall at Tanglewood, and Sheldon Hall and Powell Hall in St Louis. She has been a member of the Tanglewood Festival chorus, Boston Pops Chorus, and St Louis Symphony Chorus. 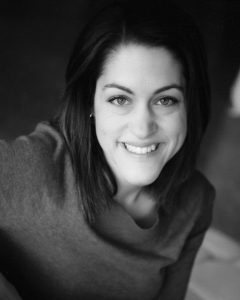 As a singer, Anna has participated in masterclasses with Martin Katz, Anne Baltz, Phyllis Curtin, and Richard Morse. As a pianist, masterclass teachers include Luiz de Moura Castro, Eric LeVan, Awadagin Pratt, and Kenneth Drake. She has also studied the organ, harpsichord and carillon.